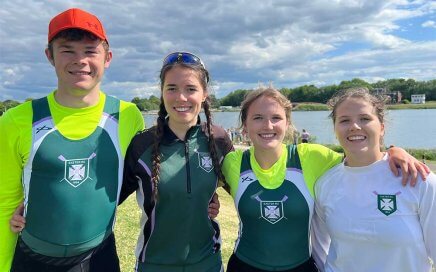 The National Schools’ Regatta is the biggest event in the junior rowing calendar. Thousands of competitors racing over 3 days. This subsequently leads to an incredibly competitive regatta. We had 3 crews competing, WJ16 2x, G Ch 1x and Ch 1x. All being well established competent scullers who have already had great success the season […] 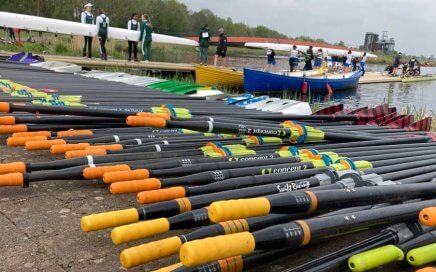 Following from Wallingford Regatta, the Junior Sculling Regatta took place also at Dorney Lake. With a new quad combination and Rhys the club was set for another excellent day of racing. In a role reversal from Wallingford Tommy was the first Exeter crew off boating at 8:20 for the 1900m time trial. Coming 5th in […] 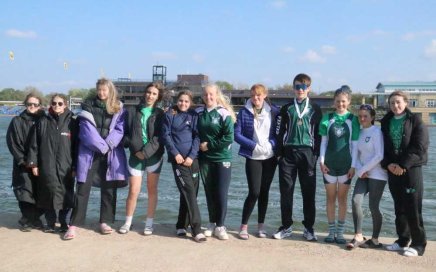 Great to be back at JIRR

Junior Inter Regional Regatta 2022 For the first time since 2018 JIRR returned to the National Water Sports Centre, Holme Pierpoint Nottingham. Racing under the West region in our iconic Kelley green shirts our juniors performed excellently. However, the weather did not want to play ball and gave conditions similar to Paington Regatta, being extraordinarily […]

Junior training is generally progressing well with the competitive juniors displaying good commitment to attendance and training programmes. The younger and/or less experienced juniors have been asked about their personal goals with most expressing a wish to compete this season. We will do what we can to see that this happens but at this level […]

We had five Exeter juniors in the team representing the Western region at the Junior Inter Regional Regatta held at the National Watersports Centre in Nottingham on Saturday April 24th.  Emily and Phoebe in the WJ15 2x, Ed in the J14 1x, Evie in the WJ16 8+, Fin in the J16 2x. Fin and Jordan […]

Very well done to all those who raced and supported our crews at the Head of the Taff on Sunday 29th January – especially Team KP and their parent helpers and Kevin for towing for us. The weather was horrendous with non-stop rain. No fun for all those who raced twice with little opportunity to […]

A great day was had by our junior participants in BRIC 2016. Emily and Ed got gold in their 500m sprint races and went on to get silver, (Emily 2/58) and bronze, (Ed 3/47) in their 5 and 4 minute tests. Rebecca had really stiff opposition having moved into the sixth form girls (WJ18) […]

Junior training is progressing well with our newer members showing improvement both on the water and in land training. If there was one the WJ14 group definitely would win the prepared for the water prize – hats, hi viz etc. Well done Girls Following on from their successes at Gloucester our competitive group represented the Club […]

Our final Junior Learn to Row course this year was taken by Stu 24th -28th October. Thirteen potential juniors took part and Danielle Stuart assisted Stu throughout the week. Thanks to all those, adult and junior, who helped to make this another successful course. Well done everyone who competed at Gloucester… some racing 1750m and […]

After a busy summer and a short September break the juniors began training again on September 20th. We have welcomed in a group of new juniors who had attended Stu’s Junior Learn to Row courses in the summer. They are settling in well and already improving the skills they learned in the summer. Tuesday and […]